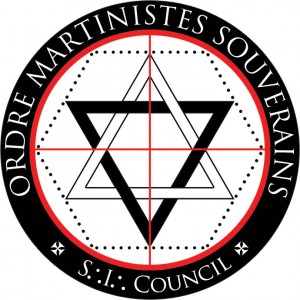 The O∴M∴S∴ is governed from its centre to its circumference by the principles of sovereignty, unity and above all, truth.  The O∴M∴S∴ was founded Friday, October 13th, 2013 with the formation of the original O∴M∴S∴ Council, a group of six S∴I∵ from various orders and lineages who came together to practice the Martinist Tradition independent of political organizations and schemes.  The original O∴M∴S∴ Council evolved into the Grand Council of the Superieur Inconnus (Grand Conseil des Supérieurs Inconnus – G∴C∴S∴I∵) which forms the Ordre’s central administrative body, directing the currents and operations of the Ordre as a whole.

We originally met under the following six points, which remain our compass:

✠ Martinism exists for the sole purpose of the transmission of the Light and is a vehicle for the gift of the Royal Secret, the Stone of the Philosophers, which dissolves and unites all mysteries of Heaven and Earth.

✠ Martinism transmits this gift through its peculiar system of mystical-magical initiation, rooted in Judeo-Christian, Masonic, Kabbalistic and Alchemical symbolism, passed down via transmission through our Past Masters, from Martinez de Pasqually, Jean-Baptiste Willermoz, Louis-Claude de Saint-Martin, Gerard Encausse (Papus), Robert Ambelain, and others in the Chain.

✠ This gift carries within it the rights and burden of self-sovereignty.

✠ The O∴M∴S∴ will make sovereignty and truth the core of its initiations, rituals, doctrine and the Ordre, while staying true to the historical landmarks of Martinism.

✠ The O∴M∴S∴ Council, formed of several S∴I∵s of various lineages and orders, will develop and perpetuate Martinism in line with the principles above for its transmission in a new era.

✠ If the Ordre should ever cease to operate by the above principles, it shall be dissolved. Our ability to perpetuate this Mystery is owed to our predecessors in the Chain of Initiation, and to them we give gratitude and thanks.

Our initiations, rituals, lineages, and teachings have been brought together from various streams of historical Martinism, including the G∴C∴S∴I∵ that span our lineage in over a dozen Martinist orders ranging from The Way of the Heart, the Élus Coëns, the Chevaliers Bienfaisants de la Cite Sainte, and other Rosicrucian currents that shall remain unknown to non-members.

We hope that our work will ever be to the glory of the ineffable and an honour to the Martinist Tradition.